Here's the link to the trailer.

I've actually met a few of the people featured. I do believe I'll have to check that movie out.

Haven't been playing much lately, but I have played a few games. Here are some thoughts:

Every turn the active player is allowed to trade one card with other players. At the beginning of the game you want to give good cards to players who can use them in order to keep the monsters from ransacking the castle. By the end of the game, you will need to decide if you want to give away cards that don't help you, but do help other players kill monsters and rack up points. You will also need to decide if you want to weaken a monster you cannot kill, so that another player can kill it and earn the victory points.

Interesting decisions for such a simple game, especially if the players are more interested in an individual win over a team win.

Thunderstone: Crap in a box.

The first knock-off of the Dominion system. Seems to me that the game was rushed to market without proper playtesting in order to ride the coattails of the award winning game of Dominion.

Here's the problem as I see it. The suggested learning game is fair. I didn't care for it, but it works.

When you start playing with random sets of cards, the game fails miserably.

The concept is interesting, get a hand of cards, each card has a dollar value that can be used to buy equipment in the village, and each card also has a fighting value. Get your cards, see if you are strong enough to beat any of the available monsters, if not, go to the village and buy better equipment. Players can also "level up" members of their party to get stronger heroes to fight bigger and better monsters.

The few games I played did not work with random cards. Not at all. After playing Thunderstone, I appreciate the time and effort that went into designing Dominion all the more. Dominion is by far the superior game.

The Kingsburg Expansion: I did not care for Kingsburg. The expansion improves the game greatly without changing it dramatically. The expansion consists of numerous changes, of which players can pick and choose which to play with.

There are now yearly event cards, more buildings to build, character powers, chips that can be added to your fighting strength but count as victory points if not used by the end of the game, and some other changes.

I have only played once. It is still a light Euro, a little too light for my taste, but not a children's game. I probably won't be buying the expansion, but if you like or dislike Kingsburg the expansion might be worth your time to check out.

Endeavor: I've played this one a lot lately. Solid, medium-weight euro. I've seen many comparisons to Puerto Rico and Goa, but I find those comparisons to be very loose. I think the game stands on its own with any resemblance being purely superficial.

Got it? Gee. When I explain it like that I gotta admit, it's kinda like Puerto Rico and Goa. Yet it is not. Trust me. 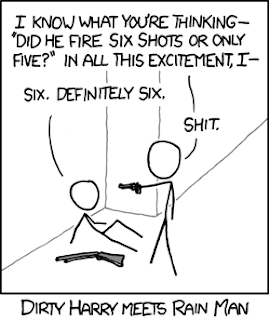 To my two readers: Sorry for the lack of posts.

My life is in a bit of flux right now.

Back to the old part-time job, now working there full-time. Been busy. Haven't driven a taxi in a month or more, although I plan on driving again, and soon.

The comedy that happens at my other job is over the top. Wish I could share. I can't because I'm bound by confidentiality laws. This town is too small to even try to disguise the identity of the people I'm dealing with on a day to day basis. A big city nurse could get away with it, I dare not even try.

Do you care if we smoke?

Passenger: Do you care if we smoke in here?

Me: Are you old enough to smoke?

Passenger: Of course we are old enough to smoke.

They get into the cab and shut the door.

Passenger: So can we smoke in here?

Me: (Gagging) Please do. It will cover up the smell of crack.

Me: I said to go ahead and smoke. It will cover up the smell of the crack you've been smoking.

Passenger #1: We haven't been smoking crack.

Passenger #2: You can smell it?

That one never gets old...

I have a question for you.

Are my hands cold?

Tweaking my theory on drunks.

Frequently passengers will ask me if it is difficult dealing with drunks all the time. I have developed a standard response:

"Have you ever been in a bar and seen a complete asshole? The guy who wants to fight, or who is too loud and obnoxious, or who is just generally an asshole?"

The passenger responds with, "Yes, of course."

To which I respond, "You can bet that that guy is drinking and driving. It would never occur to him to take a cab. Generally, taxi passengers are the more responsible drunks. They rarely cause any trouble at all."

While I stand by that general statement, I have found it needs tweaking.

This time of year, that being the company-Christmas-party season, I find it to be less true.

Over the years I have noticed that more bad drunks are taking cabs this time of year and the incidence of bad drunks seems to revolve around company Christmas parties. I hypothesize that the bad drunks are taking cabs when they leave the company Christmas party instead of driving themselves in order to keep appearances with their co-workers and bosses. Every other time during the year when they get drunk they drive themselves home. When the boss is watching they are responsible.

I should clarify that by "bad drunk" I don't mean someone who is merely falling-down-drunk, a puker, passed out, or even too drunk to remember his address. By "bad drunk" I mean the drunk people who want to fight, are unbearable assholes (or bitches), don't want to pay, or who are otherwise very obnoxious.